Smart city innovations begin with data, sometimes gathered through high-tech sensors or other inventive ways. That data is sent or retrieved (pushed by a sensor or pulled by a remote system) through a digital network. The data may be stored in a database or used real-time in computer dashboards, simple displays, and reports.

In recent projects across the United States and overseas, data is making smart cities smarter.[1]

Managing a microgrid in Atlanta 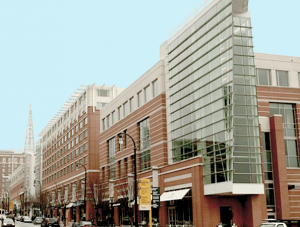 When the microgrid begins generating, storing, and managing energy this fall, generation and distribution data within the overall electrical grid will be evaluated. At the same time Georgia Tech faculty and students will analyze controller, security, and economics data.[2]

The City of Orlando has set goals of reducing greenhouse gas emissions by 90 percent by 2040 and achieving 100% renewable energy by 2050. Significant, relevant data has been captured. Greenhouse gas emissions have been tracked for about a decade. Residential, commercial, and vehicle fossil fuel use is reported annually by a city-owned utility.

More recently, Orlando leaders have arranged for use of a simulation tool to verify progress toward the city’s 2040 and 2050 goals. Data from 350 to 400 transportation, energy use, and building endpoints has been analyzed along with population growth, energy generation sources, and resident travel patterns.[3]

Timely maintenance is essential for Las Vegas streets which are traveled by approximately 43 million visitors and 650,000 residents. On average summer afternoons, the pavement bakes in three-digit temperatures. Winter nights will have minimum temperatures below freezing.

Heat maps are created from street-by street temperature data. The maps reveal extremes where potholes are most likely to form. That enables proactive maintenance which helps to limit vehicle damage and unhappy motorists. 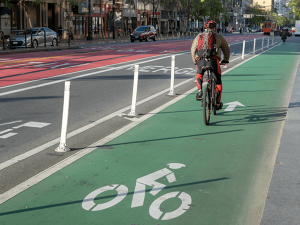 The SFMTA deployed 51 sensors which counted more than 8 million bicycles in 2018. Seventeen of the sensors logged almost two-thirds of weekly ridership. After analyzing that bicycle count data, ten miles were added to the bikeway network, including thirty new intersections.

Sensors have been installed in waste bins at more than 150 Seoul, Korea locations. After fill-level data from those sensors is analyzed by computer, collection routes are automatically refined.

When a Danish utility company researched ways to efficiently supply energy, they realized that the monthly and annual meter readings supplied by customers were inaccurate. More timely and correct readings could better predict demand at each substation.

Based on their research, the company has installed pipeline sensors at each substation and customer endpoint. The data from 700 endpoints per second now enables more efficient response to water loss and energy use issues. 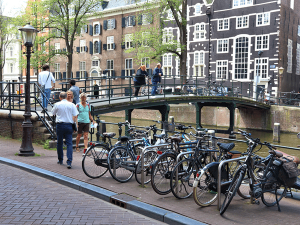 Built-in sensors on an innovative new bridge record strain, rotation, load, displacement and vibration.[6] The bridge is the first in a planned smart sensor network that will count people, keep the pace of traffic, and monitor structural integrity. With that data, the city will be able to better time traffic lights and refine maintenance schedules.

New street lighting in a residential district of the Hague contains built-in motion sensors. The city can remotely monitor the lighting. Where empty streets might otherwise be brightly lit, conservation is possible. Other times, when people are present, sidewalks are safely illuminated. 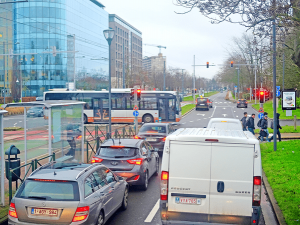 Public transport in Brussels, Belgium choreographs 1,200 vehicles, performing 401 million tram, metro train, and bus journeys each year. Vehicle maintenance must be proactive, and the use of substantial public funds must be transparent.

In partnership with multinational software and network access companies, the city implemented a databased operations and maintenance system that has improved customer service, reduced environmental impact, and better-accommodated passengers with disabilities.