The persistent perils of climate change

Shutdowns in the first months of the Coronavirus pandemic initially reduced greenhouse gases (GHG) by 17%. After nine months of phased reopening and shutdowns, CO2 has resumed its annual increase, erasing all but a scant percentage of earlier reductions.[1]

Over the next four decades, annual averages dipped below 13.9° C. Overall, the annual changes have revealed a predictable and troubling upward pattern, with no pandemic influence in 2020. 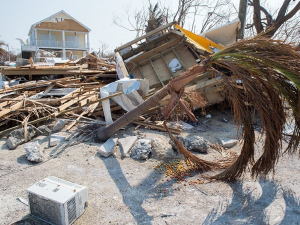 A timeline of 50 years of advances[3]

Scientists on the US President’s Science Advisory Committee documented their concerns about a “greenhouse effect”.

Three months after the first Earth Day, the EPA pursued an initial mission that focused on air and water pollution. By 2017, that mission had expanded to include global warming.[4]

This event produced an agreement, the Climate Change Convention, that was adopted by 178 countries. It was a first significant step toward later global environmental treaties and carbon-reduction goals.

The treaty produced at the Kyoto, Japan conference was the first to mandate greenhouse gases (GHG) reduction by developed nations.The Kyoto Protocol was a pledge to reduce emissions by an average of 5% between 2008 and 2012. The US Senate never ratified the treaty.

The first Global Day of Action occurred soon after UN climate talks in Montreal. The observance has continued every year.

The 21st Conference of the Parties (COP) of the United Nations Framework Convention on Climate Change (UNFCCC) brought forth the historic, future, and essential Paris Climate Agreement. Its goals were:

Before fully claiming the gains 21st-century regulations would achieve, the US saw many rules delayed or rescinded in recent years:

Revisions to the EPA mission

In the EPA’s revised mission, any mitigation of climate change would be significantly reduced. The agency took its climate change website offline, along with other websites providing climate and energy resources.

Commitment to renewal and resiliency

A likely shift in federal policies would substantially renew commitments and resume work toward substantial climate improvements before 2035. These initiatives could avoid the release of  1.8 billion to 2.1 billion metric tons of GHG:[7]

Federal regulations and incentives would favor electric vehicles over the internal combustion engine. One of the first steps in that direction would restore the requirement to achieve 54.5 miles per gallon fuel economy by 2025.

Carbon-free electric power is a substantial goal for 2035. Power plant regulations may also address the emission of nitrous oxide and other GHG.

The global warming impact of methane is 86 times that of CO2. Better control of methane emissions from petroleum operations could bring rapid and substantial progress, mitigating the climate crisis.

A GHG impact equal to that of 625,000 cars could be averted if the EPA were to regulate hydrofluorocarbons (HFC) and restore regulations that have been rescinded.

Reinstated rules could cut greenhouse gas emissions by the equivalent of 46 million metric tons of carbon dioxide through 2035—the equivalent of closing down a dozen coal-fired power plants.

ZCAP is policy framework for creating a carbon-neutral U.S. economy by 2050. The Sustainable Development Solutions Network (SDSN) designed the plan for transitioning away from carbon-based energy, and toward clean, renewable energy. While focusing on decarbonization, the plan includes strategies related to other powerful GHG, including methane.

By 2050, the additional cost of a clean-energy economy is expected to be no more than 0.4 percent of GDP. For that price, about 2.5 million jobs could be created per year while the U.S. becomes carbon neutral.

Even in tomorrow’s zero-carbon environment, resiliency will be needed to reduce the risk of climate-related disasters. ecoPreserve provides collaborative workshops and charrettes for developing risk-reduction policies and tools. Disaster resilience planning services are briefly described here, where you will also find a form to request further information. Thank you!